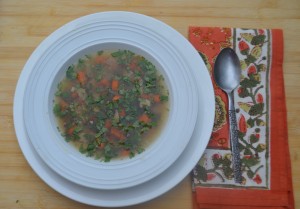 This homemade chicken soup is an incredible hearty soup that I make quite often.  We are going to be making a homemade stock, also called bone broth as the base, using the bones.  You should use a crock pot to make this rather than putting it in a pot on the stove.  To make the stock, we’ll be slow cooking the bones for 24 hours to extract every nutrient, and it is much safer to do this in a crock pot.

The benefits of making homemade chicken soup and bone broth are as follows:

Print
Homemade Chicken Soup and Bone Broth Recipe (Paleo, Gluten-free)
Prep time:  40 mins
Cook time:  27 hours
Total time:  27 hours 40 mins
Serves: 12
Ingredients
Instructions
3.2.2310
I usually make a pot of this homemade chicken soup every two or three weeks.  I keep some of it in the freezer and take it out as needed.  It is especially good to have some homemade chicken soup in the freezer so it is always available in case someone in your household gets sick. 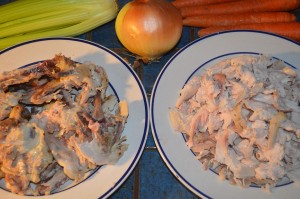 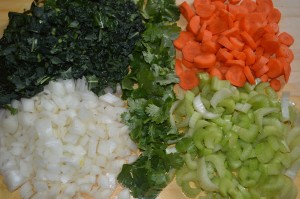