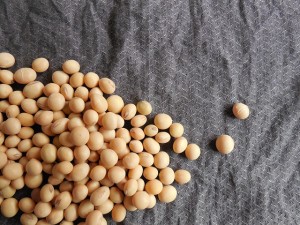 For years we have all been told of the great health benefits of soy, but the truth is that the dangers of soy greatly outweigh the benefits.

This is a very controversial topic, but many nutritionists, holistic health organizations and holistically minded physicians, such as Dr. Mercola and the Weston Price foundation, believe that soy is detrimental to your health. While it may have some health benefits when it is fermented and eaten in small quantities, there is a lot of evidence that it can be harmful when it is not fermented and consumed in large amounts. Soy contains a high concentration of phytoestrogens, and soy can affect thyroid functioning.

1. GMOs.  Soy is one of the most genetically modified foods on the planet.

3. Soy contains anti-nutrients and toxins. One of these anti-nutrients is phytic acid. Phytic acid prevents the absorption of many minerals; calcium, zinc, magnesium, copper and iron. All grains, nuts, seeds and legumes have these enzymes, however, most of it can be deactivated when soaked overnight. This is not the case with soy. Soy needs to be fermented to inactivate these enzymes which takes days. When soy is fermented in the case of miso and tempeh, the phytic acid and other toxins are neutralized and are not as harmful.

4. Soy can affect thyroid functioning. Soy contains substances called goitrogens which are potent anti-thyroid compounds that can lead to endocrine disruption and thyroid disorders. Goitrogens work by preventing your thyroid from getting the necessary amount of iodine.

6. Soy can cause vitamin deficiencies. Soy increases the body’s need for vitamin d and vitamin 12 leading to deficiencies of these nutrients. Vitamin B12 deficiency is already very common in vegetarians, so vegetarians who consume soy as their protein source are setting themselves up for further deficiency.

8. Soy can affect your memory and brain functioning. A study in Indonesia in 2008 showed that people who ate tofu regularly had worse memory than those who did not. At the third International Soy Symposium in 1999, a relationship was shown between having two or more serving per week of tofu and accelerated brain aging. Participants who consumed tofu later in life had lower cognitive function and a greater incidence of Alzheimer’s and dementia.

Even if you think you are not consuming any soy, be aware that it is in most processed foods. It is best to avoid processed foods and opt for whole foods that are as close to their natural state as possible, but if you must eat some processed foods, please read the labels carefully, and check for these ingredients, soy lecithin, soy protein concentrate, soy protein isolate, texturized vegetable protein, or hydrolyzed vegetable protein. Also know that many restaurants use soy oil when cooking and in their salad dressings.

1. 2008
Hogervorst E and others. High Tofu Intake Is Associated with Worse Memory in Elderly Indonesian Men and Women. Dementia and Geriatric Cognitive Disorders 2008;26(1):50-7. The study found that those who ate tofu regularly had worse memory than those who did not. The study also found that tempe consumption increased memory, possibly due to its high levels of folate caused by fermentation.

2. 2004
Conrad S and others. Soy formula complicates management of congenital hypothyroidism. Archives of Disease in Childhood 2004 Jan;89(1):37-40. Soy formula was found to increase the level of thyroid stimulating hormones in infants.

2002
Sun CL and others. Dietary soy and increased risk of bladder cancer: the Singapore Chinese Health Study. Cancer Epidemiol Biomarkers Prev. 2002 Dec;11(12):1674-7. People who consumed 92.5 grams of soy per 1000 Kcal were found to be 2.3 times more likely to be at risk for bladder cancer. The results were calculated to factor in levels of education and cigarette consumption in study participants.

2000
Nagata C. Ecological study of the association between soy product intake and mortality from cancer and heart disease in Japan. International Journal of Epidemiology Oct 2000; 29(5):832-6. This study contained the following official conclusion: “The present study provides modest support for the preventive role of soy against stomach cancer and heart disease death.” However, only the association with lower heart disease death is correct. What the study actually found was that “Soy protein intake was significantly correlated with stomach cancer mortality rate in men” and “soy product intake estimated as total amount as well as isoflavone and soy protein intake were significantly positively correlated with colorectal cancer mortality rates in both sexes.” In other words, men who consumed lots of soy had more stomach cancer and men and women who consumed lots of soy had more colorectal cancer. These results are especially interesting as soy proponents often claim that Asians have lower rates of colorectal cancer because they eat more soy.

1999
Sheehan DM and Doerge DR, Letter to Dockets Management Branch (HFA-305) February 18, 1999. A strong letter of protest from two government researchers at the National Center for Toxicological Research urging that soy protein carry a warning label rather than a health claim.